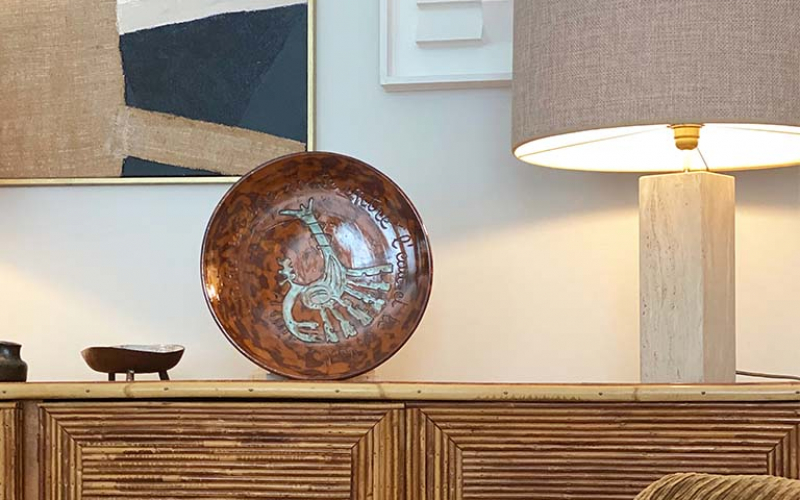 This plate was probably made for an exhibition in 1950, quite unique due to its size and decoration as most of his ceramics are smaller in size.

Jean Rivier was a French ceramicist, who settled in Vallauris with his wife, Juliette Derel, in 1952. They worked together until their separation and co-signed a number of pieces before Juliette Derel moved to Gréolières and fashioned more sculptural works.

Jean Rivier’s work is regularly showcased, in France and internationally. It is inspired by traditional forms of culinary ceramics, often marked by geometric and modernist patterns, which are reminiscent of Amerindian art. international exhibitions throughout his career including with Picasso and Pignon. Rivier left Vallauris in 1968 to take up a teaching post at the Ecole des Beaux-Arts in Tours, where he continued to teach until 1974. He later devoted his time to painting and illustration and passed away in 2017 at the age of 102. (Ref: ‘French Pottery of the 50s’ by Pierre Staudenmeyer).