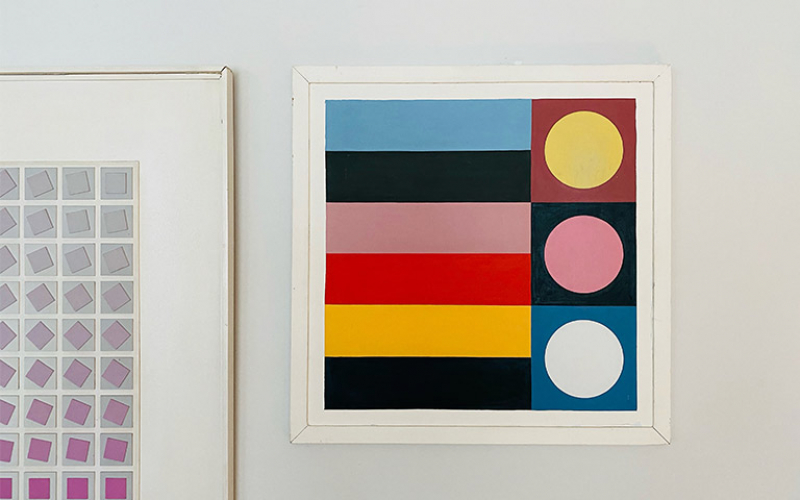 Theodorus Gerardus Wilhelmus Stiphout was born on June 5, 1913, in Hamburg and died in 2002 in The Hague. He lived in Arnhem until 1924 and moved to Amsterdam that year, where he lived and worked until 1947. Then in The Hague. He became a member of De Onafhankelen in 1933 and a year later of De Brug. In 1933, at the age of 20, he exhibited for the first time solo in the Kunstkelder in Amsterdam. In 1936 and 1937 his work was shown at the Kleykamp art dealership in The Hague. He also exhibited in those crises at the S.O.S.-exhibitions, specially organized for poor artists. In the course of the 1930s, Stiphout developed a strong preference for cityscapes, factories, steam pumping stations, viaducts, and railway bridges. The style of these works can be described as ‘New Business’. A surreal atmosphere is evoked in his still lifes. In his time in The Hague, he received advice from Hans Locher, then curator, later director of the Gemeentemuseum in The Hague.

The Gemeentemuseum in Helmond and the Museum of Modern Art in New York own also some of his works in their collection.